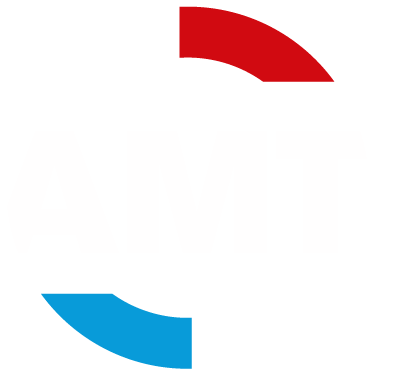 Twenty-five years ago, Marc Weytens left his life in Nijmegen for what it was and left for Etten-Leur to start his own company. He took over the company AMT that traded in metalworking machines. In the meantime it has grown into a modern production company for retail & industry.

After the necessary contacts and negotiations, Marc decided on November 1, 1993 to take over AMT. Initially, only engine overhaul work was carried out, but soon metalwork was added.

Especially in the beginning it was not easy: “It was really hard work for little money!” But after five years a good foundation was laid and in consultation with his brother Paul, Marc decided to hand over all non-production tasks to his brother.

More and more metalworking and machine building orders were received and there was less and less work in engine overhaul: customers such as Thetford, Mauser, Meteor Systems came with orders. The workforce had also grown to 12 people, divided over the departments Engineering , Mechanical engineering and Machining .

In 2006 there was a nice collaboration with retail project developer Store3D, which led to the first steps in the retail sector being taken. Due to this growth and diversity of assignments, our Weytens brothers decided to split AMT Machinebouw and AMT Metaaltechniek into two separate companies, where Sven Elst joined the management and was responsible for the day-to-day management of machine construction.

During this time, the need to market our own product has only grown: “We wanted to be less dependent on customer demand.”
After various attempts, such as in packaging machines and camera housings, we eventually found opportunities in the rail world. AMT Rail Road was created in 2015, in which we make various machines for on and around the track.

AMT Group now has a broad customer base in industry, rail and retail, more than forty-five enthusiastic professionals work there and high-quality products are supplied throughout Europe.

AMT Group would like to thank everyone who has contributed to what AMT is today for the past twenty-five years!